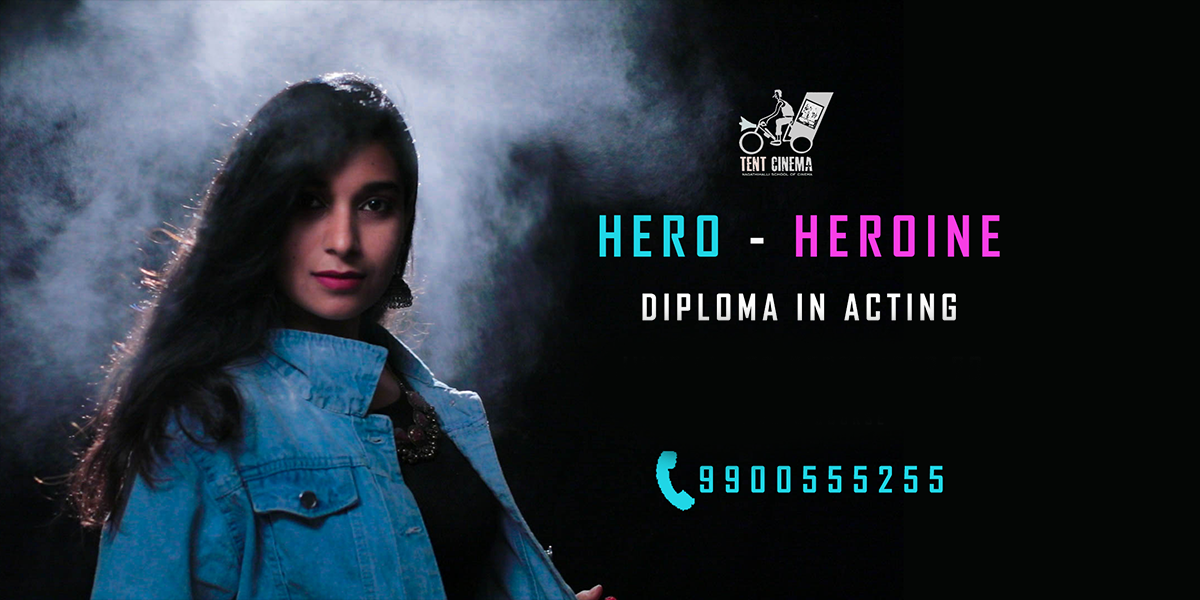 Overview of Hero-Heroine Diploma in Acting

This course at Tent Cinema Film School by Dr Nagathihalli Chandashekhar aids an actor to get into the skin of a lead role.

A lead role in a movie is all about charm, finesse, exuberance, and gravity. On-Camera Acting, Dance and Stunts training add to the deeper learning required in playing the crux of the narrative. This course helps sharpen and chisel the role of actor/ actress in a film, television, and theatre.

Playing the protagonist needs its own level of preparation. The course is a rigorous practical exposure to donning the lead role. With a deep dive into the various facets of acting that brings out a deeper connection with the character and with the audience through dance, drama and stunts training.

Here is why you need to take this up:

What to expect from Hero-Heroine Diploma in Acting